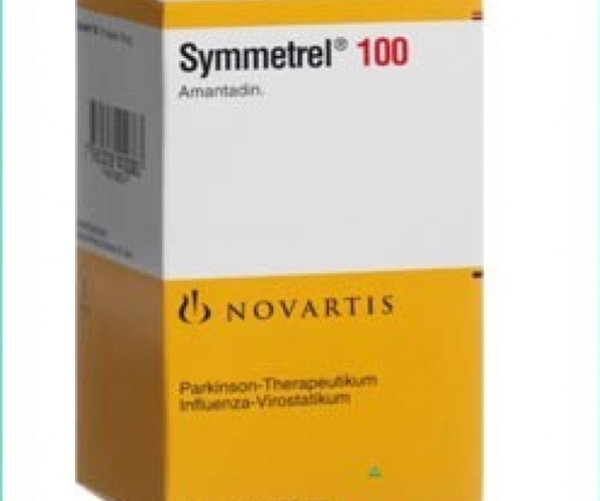 Amantadine is an antiviral drug used for the treatment and prophylaxis of influenza A infections. It is not currently recommended because of resistance to the drug. It is also used to treat the following disorders:

Off-Label Uses Of Amantadine in Adults include:

Treatment & prophylaxis of Influenza A:

Treatment of Influenza A (manufacturer's labeling):

Prophylaxis of Influenza A infection:

Off-label use of Chorea of Huntington disease:

Off-label use in fatigue related to Multiple sclerosis:

Off-label use in Restless legs syndrome:

Off-label use in Traumatic brain injury:

Discontinuation of therapy: Amantadine should be slowly tapered off

Treatment & prophylaxis of Influenza A:

Note: Amantadine is not currently recommended by the ACIP for the treatment and prophylaxis of influenza A infection.

Note: The usual duration of treatment is 3-5 days. Therapy should be initiated within 48 hours of symptoms and continued for 48 hours after the resolution of symptoms. When used for prophylaxis in high-risk patients, it should be continued for 2 weeks after vaccination (until immunity has developed).

In humans, adverse events have been reported in animal studies. Agents other than amantadine should not be used to treat Parkinson disease in pregnant patients.

Use of amantadine during breastfeeding

Amantadine can be found in breastmilk, and it may affect milk production. Manufacturers recommend weighing the risks to infant exposure against the benefits of breastfeeding/treatment of mother.

The manufacturer has not recommended any dose adjustment in patients with liver disease. It should be used with caution.

Contraindication to amantadine include:

Baseline and then periodic monitoring of the following parameter should be done:

Patients should be advised that extended-release capsules are taken.At bedtime, with or without food. You should swallow the drug whole, without chewing, crushing, or dividing it.

The Extended-release tablet is recommendedIn the morning, without food. You should swallow the tablets whole, without chewing or crushing them.

Mechanism of Action of Amantadine:

The Beginning of ActionIt is ready in 48 hours. It is easily absorbed and 67% protein bound. Bio-availabilityIs 86% to 94% Eliminating half-lifePatients with normal renal function have a time of 16 hours (9 to 31 hours), while patients with end-stage kidney disease take 8 days.